Recently, the Supreme Court of New South Wales handed down a decision on a case which examined whether “liking” a post on Facebook could make out the elements of defamation.

The case is a caution to all who use social media.What happened?

Mr Bolton (the Plaintiff), used to be Mayor of Narrabri, a town in New South Wales. He had hired a new General Manager, a woman, who Mr Stoltenberg (the First Defendant) did not believe could do the job.

The First Defendant created a Facebook page, titled ‘Narri Leaks’, somewhat of a tribute to WikiLeaks, the subject of much publicity since its inception in 2006.

The Plaintiff successfully argued that the posts implied that the Plaintiff was corrupt and dishonest in his position of Mayor, that he acted improperly when selecting the new General Manager, and had breached the Local Government Act (deliberately).

A number of those posts also compared the Plaintiff’s behaviour to that of Don Burke, Harvey Weinstein and Craig McLachlan.

The Plaintiff was also awarded injunctive relief against the First Defendant because it was deemed highly likely that he would continue to repeat the claims that he made.

Although the Plaintiff did not succeed in arguing that “liking” a post amounted to publication to a third party (an essential element in making out a claim for defamation), his Honour commented that “liking” a Facebook post could amount to publication if it drew somebody’s attention to the post. Only time will tell if, in a world of “online influencers”, we all become at risk of publishing defamatory material when we “like” it.

So because we’re lawyers and law students, we all have to be careful what we like and share on social media in case it becomes the subject of a defamation suit in the future! 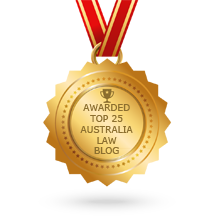